You are here: Home » News » Company News » Meeting with Slovakia Customers in Nanjing

Meeting with Slovakia Customers in Nanjing

On the morning of Nov.4th, our regular friends and clients from Slovakia visited our company. And it was the second time that they visit our company. Our salesman received the clients fervidly at Nanjing south railway station and had lunch together.
In the afternoon, we had a talk about the satisfying cooperation experience we had before and discussed about the following orders of new products.
During the meeting, we introduced the R & D capability and supply sevices of the new products. Our clients offered seven plastic samples and required to open the mould. We also concluded a cooperating intent. After the talk, both parties exchanged the presents. The present we sent to the clients was screens with traditional Chinese characteristics，which enjoyed tremendous popularity among clients.The screens were Twelve beauties of Jinling, Riverside Scene at Qingming Festival,Four Gentlemen In Flowers represented some good Chinese characters.The Twelve beauties of Jinling is the title of twelve female characters in A Dream Of Red Mansions which is one of the Four Great Classical Novels of Chinese literature. And  Riverside Scene at Qingming Festival depicted the city appearance of the capital of the Northern Song Dynasty and living conditions of people in all stations of life. Four Gentlemen In Flowers represented some good Chinese characters. We had a deal that we would meet next year. 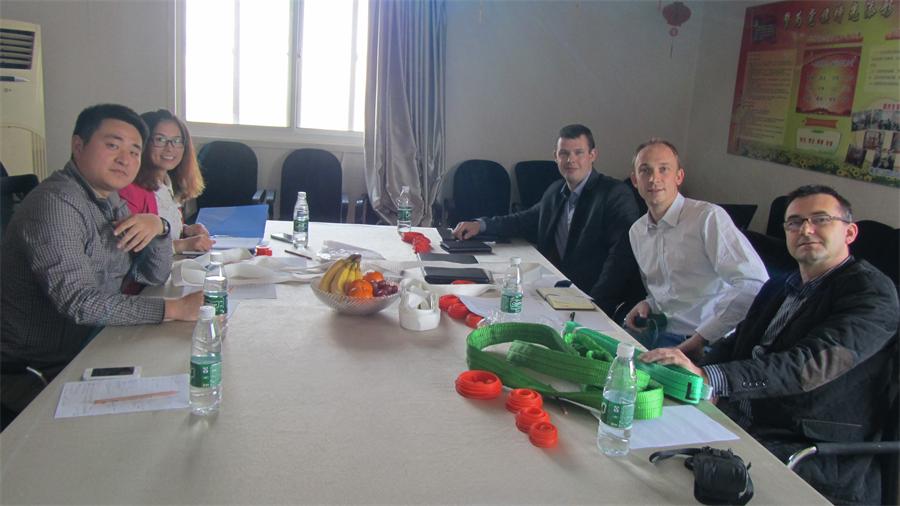